As an economist, it's been fascinating to me to see how little impact competition from the Canberra Airport petrol stations is having on the rest of the market.

Here's a screenshot from PetrolSpy, a handy iPhone app that tracks petrol prices. Right now, the best price in Braddon is 125.9 cents per litre, compared with 98.7 cents per litre at the airport. 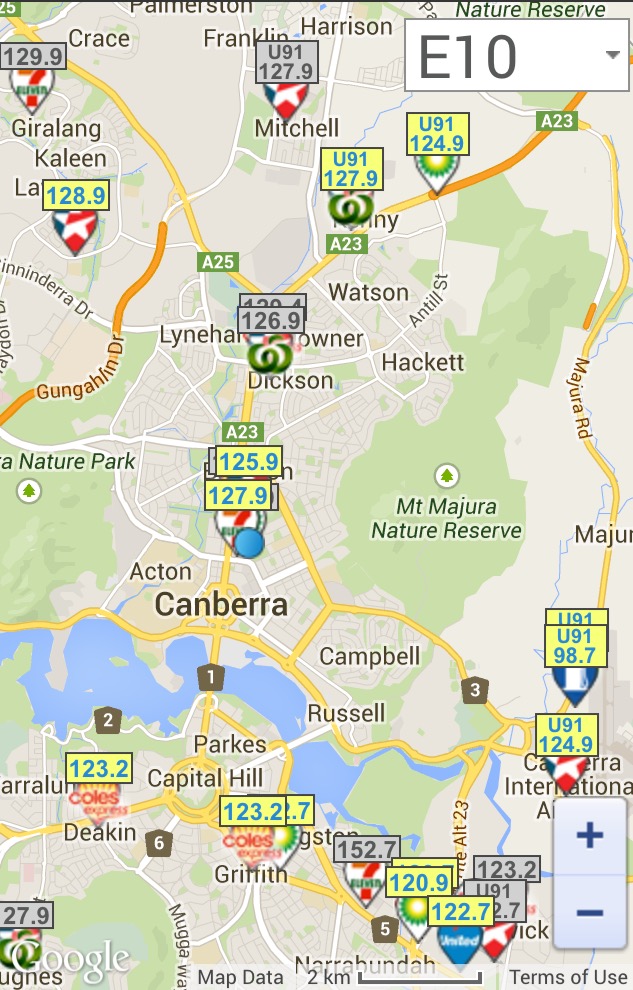 Let's put that into perspective. If you're filling up with 50 litres, a 27.2 cent/litre price difference translates into a $13.60 difference in the final bill.

Now, suppose you had to drive the 16 kilometre round-trip from Braddon to the airport. Even in a car with average fuel economy (say 10 litres per 100km), you'd spend just $1.60 on the fuel to get there. That leaves the question of whether the net $12 saving in is worth the time taken to make the trip.

The fact that a large price gap persists suggests to me that either people don't know about cheap petrol at the airport (which would be surprising, since it's on the front page of today's Canberra Times). Or maybe Canberrans just aren't that price-sensitive (I don't use a fuel card, but I expect there are quite a lot of people who do). Or perhaps the law of one price will eventually kick in - it'll just take a month or two.