Fenner is named after Professor Frank Fenner AC CMG MBE FAA FRS FRACP FRCP, 1914–2010, eminent scientist of national and international renown who made significant contributions to improving the wellbeing of humanity. Frank Fenner is best known for his work on the global eradication of smallpox, and attempting to control Australia's rabbit population through the introduction of the myxoma virus.

The seat of Fenner was created in 2016. In 2019, the boundaries were changed again when the ACT was allocated a third electorate. The ACT seats are now Bean (south), Canberra (central) and Fenner (north).

The electorate of Fenner now covers an area consisting of the Districts of Gungahlin, Hall, and part of Belconnen (west of Eastern Valley Way). The electorate also includes the Jervis Bay Territory.

For the full AEC profile of the electorate, see here. 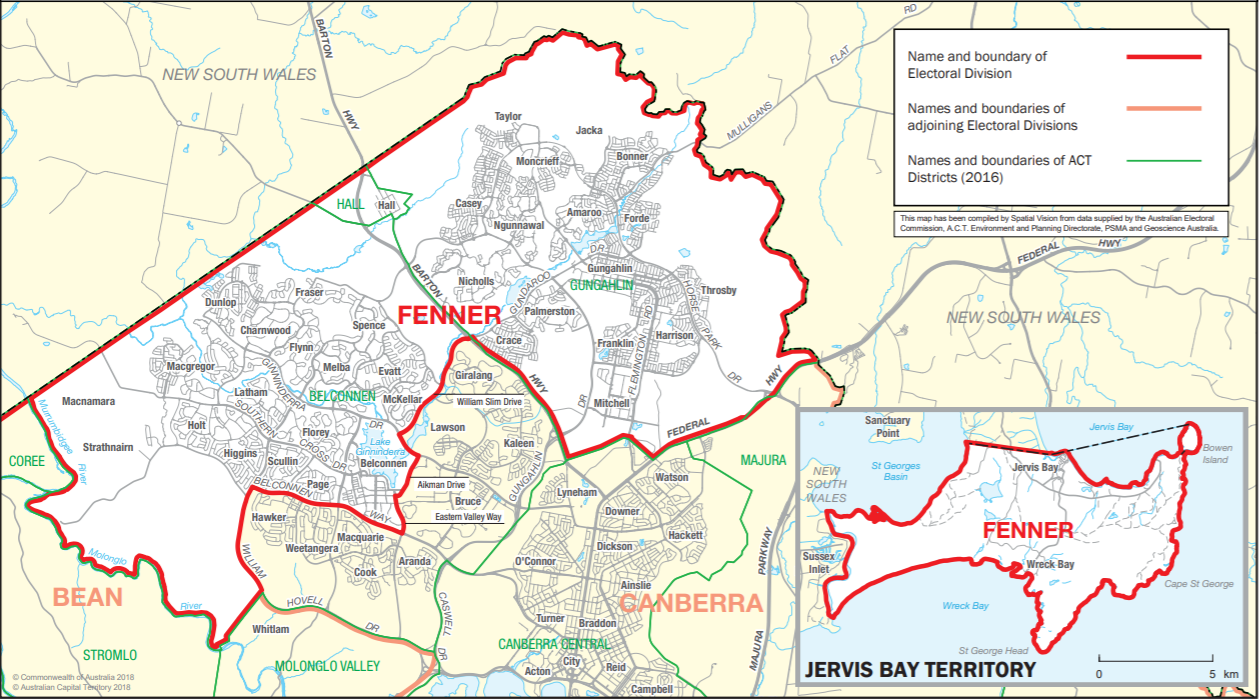