Honouring the bicentenary of the birth of the Bab - Speech, Canberra

HONOURING THE BICENTENARY OF THE BIRTH OF THE BAB, CO-FOUNDER OF THE BAHA’I FAITH

It's an honour to be here today, on the lands of the Ngunnawal people. I pay my respects to elders past and present.

The Bab is to the Baha’i faith as Jesus is to Christianity - a leading figure whose life was cut short in his 30s, but whose teachings live on in the world today. At this moment in history it couldn't be more appropriate to be celebrating the Bab, for three reasons.

The first is the emphasis on inclusion in a world in which exclusion is becoming all too common, in a world in which people are being split into communities and there are too many of us seeking to divide us. His teachings resonated broadly. As Leo Tolstoy observed ‘I therefore sympathise with Babiism with all my heart in as much as it teaches people brotherhood and equality and sacrifice of material life for service to God.’ 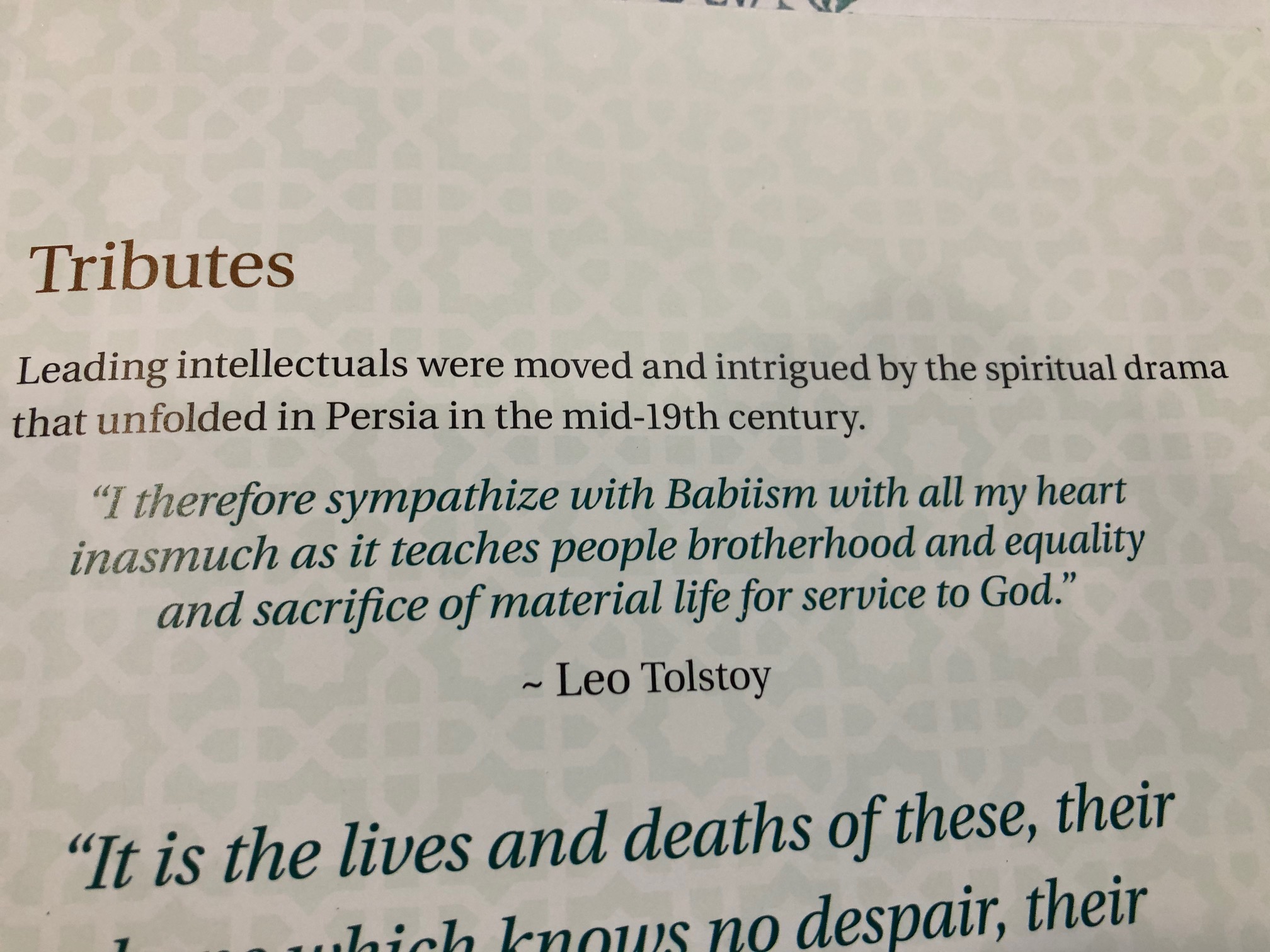 It is fitting that today we have representatives of the Christian, Hindu and Buddhist faith.

Growing up for part of my childhood in the north of Sydney, my family would sometimes visit the Baha’i temple in Mona Vale, one of the eight continental Baha’i temples around the world. It is a calming space, so reflective and so resonant of the traditions of the Baha’i community.

Inclusion. Internationalism. Love. The world needs more of these qualities today. Thank you for all you are doing to promote them through your faith community.