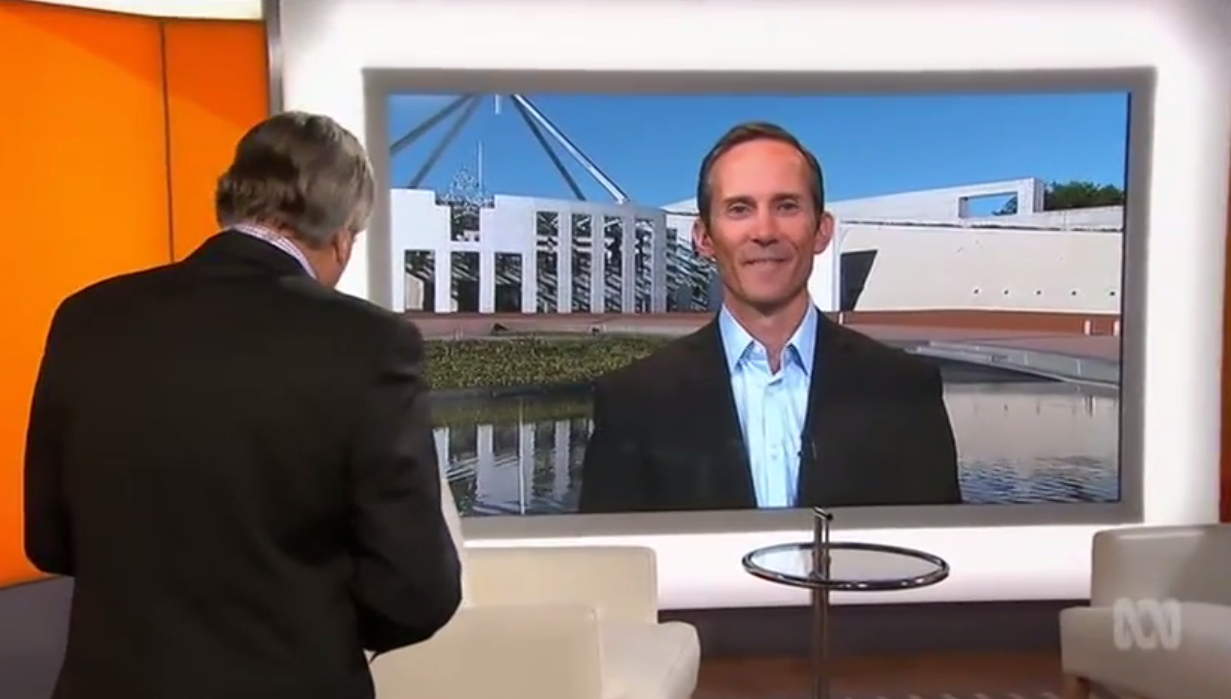 CASSIDY: But if you just relied on what you have done in government, you would still have the surpluses as far as the eye can see? A lot more has to be done.

LEIGH: Certainly, it is an ongoing task. In government we were very careful to make sure that we made those sustainable decisions. What you don't want to do is, as the Americans say, is to eat the seed corn. What I worry about with this document is it is too much about the issues of demography and debt – important though they are – and not enough about the big future challenges facing Australia. Inequality, climate change, innovation, the rise of Asia – these things are largely absent from the document. As a result, we have got a heavily-politicised document trying to score points rather than one which takes that great opportunity to look at the Australia of 2050, what we want to be and how we are going to get there. It is less about the future of 24 million Australians and too much about the political skin of 20 Cabinet ministers.

CASSIDY: I think you also accept you can never sit on your hands and incrementally you have to continue to deal with the issue. What would Labor do to make the Budget situation improve?

LEIGH: This week we brought down a policy on multinational taxation. An unusual thing for an opposition to do given we brought it down in the first half of the parliamentary term. It is a $2 billion package informed by work from the OECD; I travelled to the OECD last year and met with officials there. I have held roundtables speaking with experts and we have had the policy costed by the Parliamentary Budget Office. That policy, which we announced with Bill Shorten and Chris Bowen, is carefully calibrated to make sure our system is fair and that we have a level playing field across business.

CASSIDY: It is not as simple as it used to be in that area, given you are looking at technical companies with global reach. It is not just keeping an eye on the manufacturing industry for example.

LEIGH: That's right. Your comment goes to the heart of why multinational profit shifting has become such a big issue around the globe. What our package does, in four parts, is to deal with issues of debt shifting, hybrid instruments, data matching and giving the ATO the resources it needs. There is potentially a bigger, long-term agenda and we need to be engaging with other countries to look, for example, at whether there is possibility of coordinated action. But this policy does, I think, tighten up loopholes in Australia's tax laws and it is entirely consistent with our tax treaties. Unlike, for example, Joe Hockey's thought bubble of a Google Tax last year which, by my read, would be inconsistent with Australia's international obligations.

CASSIDY: You’re talking about a couple of billion dollars but it will require more than that with the cost of healthcare doubling, quadrupling in the case of aged care. A challenge of that size will demand taxes rise, it is going to demand spending be constrained, the whole lot.

LEIGH: We need to make carefully-calibrated decisions. One of the things you ought to take out of the multi-national tax announcement is not just that Labor is serious about policy reform, but the way in which we will go about producing the policies. That is: engaging with experts, having things carefully costed through the Parliamentary Budget Office. We are keen to use this time in Opposition wisely. I’m training for my first marathon at the moment and one of the bits of advice I get is ‘train the way you want to race’. In my case, that's pretty slowly! But with the Coalition, their training for office was essentially attacks and three-word slogans so when they got to the race, they didn't have the big picture ideas for creating a better Australia. We won't make that mistake.

CASSIDY: If you are training for a marathon you run every day, so one policy won't do it. The community needs a lot of policies from Labor, will you roll them out regularly through the year? Is that the plan?

LEIGH: Yes. As Chris Bowen said, this is the opening salvo in the battle of ideas. It is important we are engaged with the questions of how to tackle growing inequality, which is as high as it has been in three-quarters of a century. I was speaking to a bloke called Bill at one of my mobile offices the other day, he said he was concerned about the proposal to cut the pension. He doesn't smoke, he doesn't drink and he can get by on the single aged pension but if we bring that pension down from 28 per cent of average weekly earnings to 16 per cent of average weekly earnings as would happen if you indexed it to inflation, people like Bill will be thrown back into poverty in the future.

LEIGH: No. We believe it is reasonable that pensioners share in cost of living improvements, Barrie. I think this is a really fundamental question for Australia and one which, if Mr Abbott wanted to put it on the table, he should have taken to the last election. Pensioners have in the past shared in productivity gains in Australia but if you link pensions to prices rather than wages, you take away that valuable link.

CASSIDY: They have come back with a gentler approach, drawn out over a longer period of time. It is an olive branch, yet you say no to that.

LEIGH: I’m not sure you can say something is gentle when it is taking away a payment which goes to some of the lowest-income Australians. When Labor increased the pension in 2009, on one estimate, we took a million people out of poverty. That's because the pension is very carefully targeted to the most vulnerable in our community. So while at the same time as Mr Abbott and Mr Hockey are giving a billion dollars back to multinationals, not pursuing measures that would see people with more than $2 million in their superannuation accounts taxed fairly – on the other hand they are cutting the pension and they are cutting the wages of the cleaners who clean their own offices. That's against the great egalitarian spirit of a nation that believes we ought to be a country of mate rather than sir, of sitting in the front seat of taxis, of treating the most vulnerable as best we can.

CASSIDY: Just finally, Joe Hockey yesterday was still keeping open the option of allowing people to access their superannuation along the journey, not specifically for first home buying but perhaps also for paying for retraining and that kind of thing. Given that perhaps the system needs more flexibility, a lot of money is being locked up along the journey, do you think that has some merit?

LEIGH: I’m concerned it is at odds with what Mathias Cormann has been saying on this. Frankly, I don't know where the government is at on this particular thought-bubble. But you have to be concerned about a measure that doesn't address housing supply. All the experts recognise housing supply is the main constraint in Australia. Schemes like the National Rental Affordability Scheme, which were part of our Global Financial Crisis response, went some way to addressing the challenge of housing supply. But I've got to say, I raise an eyebrow at a measure which not only doesn't boost housing supply, but also erodes retirement savings. A government led by somebody who said that universal superannuation was a ‘con job’ is now pausing the increases in superannuation, raising superannuation taxes on low income earners and seeming to do too little to make sure that the great Australian superannuation system is sustainable into the future.

CASSIDY: Andrew Leigh, thanks for your time this morning.