What is One Nation hiding on GST? - Media Release

WHAT IS ONE NATION HIDING ON GST?

Earlier this week, it was revealed that One Nation had been collecting GST from its members and supporters, despite not having the Australian Tax Office's authorisation to do so.

Mysteriously, within a day of this becoming known, One Nation’s tax status has now been updated on the Australian Business Register, showing that it was registered for GST since 2015.

Today, we have written to the Minister for Revenue to ask:

We look forward to a timely response from Minister O’Dwyer.

A copy of our letter is below. 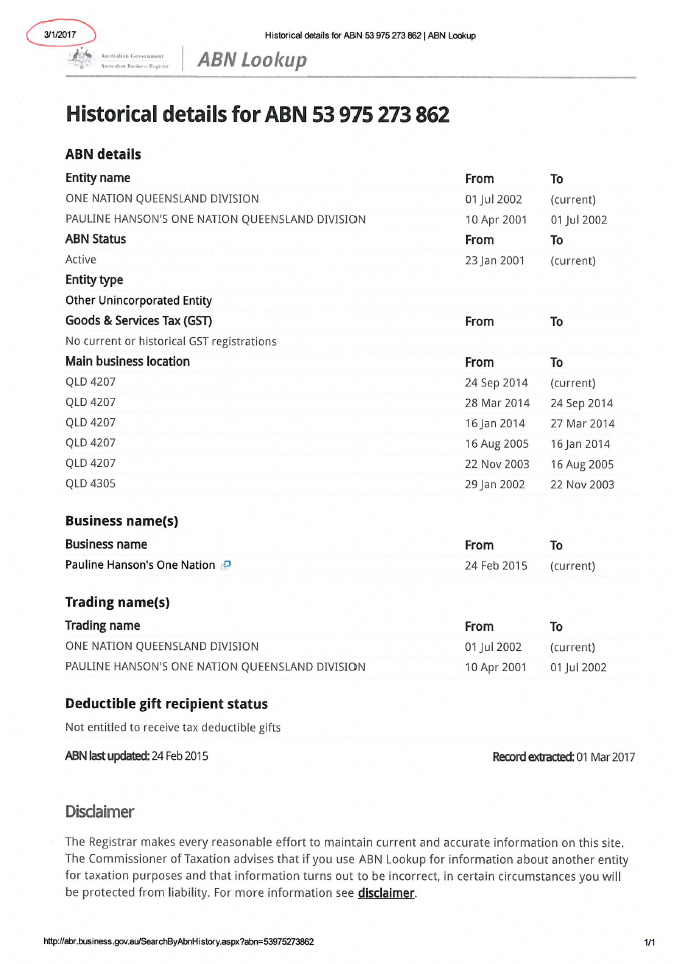 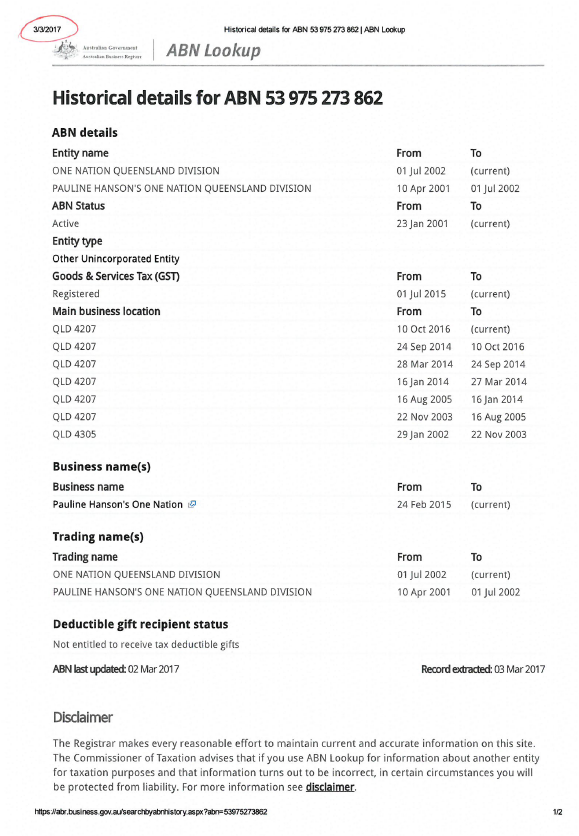