In celebration of Pride month, the June Community Champion is Canberra Qwire, a proudly LGBTIQ+ choir.

Canberra Qwire has grown for over a quarter century from just a handful of people meeting in a garage into one of Canberra’s largest and most diverse  non-auditioned choirs. With around 100 members spanning from late teens to the wiser generations, their repertoire is similarly diverse.

Canberra Qwire fosters a supportive and social atmosphere to facilitate building friendship and connection. It celebrates the diversity and resilience of queer Canberrans and allies.

As Nick Terrell and I wrote in our book Reconnected: A Community Builder’s Handbook, civic connection has been steadily decreasing. Choirs are a great way of building community to turn around that trend, while providing a safe and supportive network for queer Canberrans and allies. 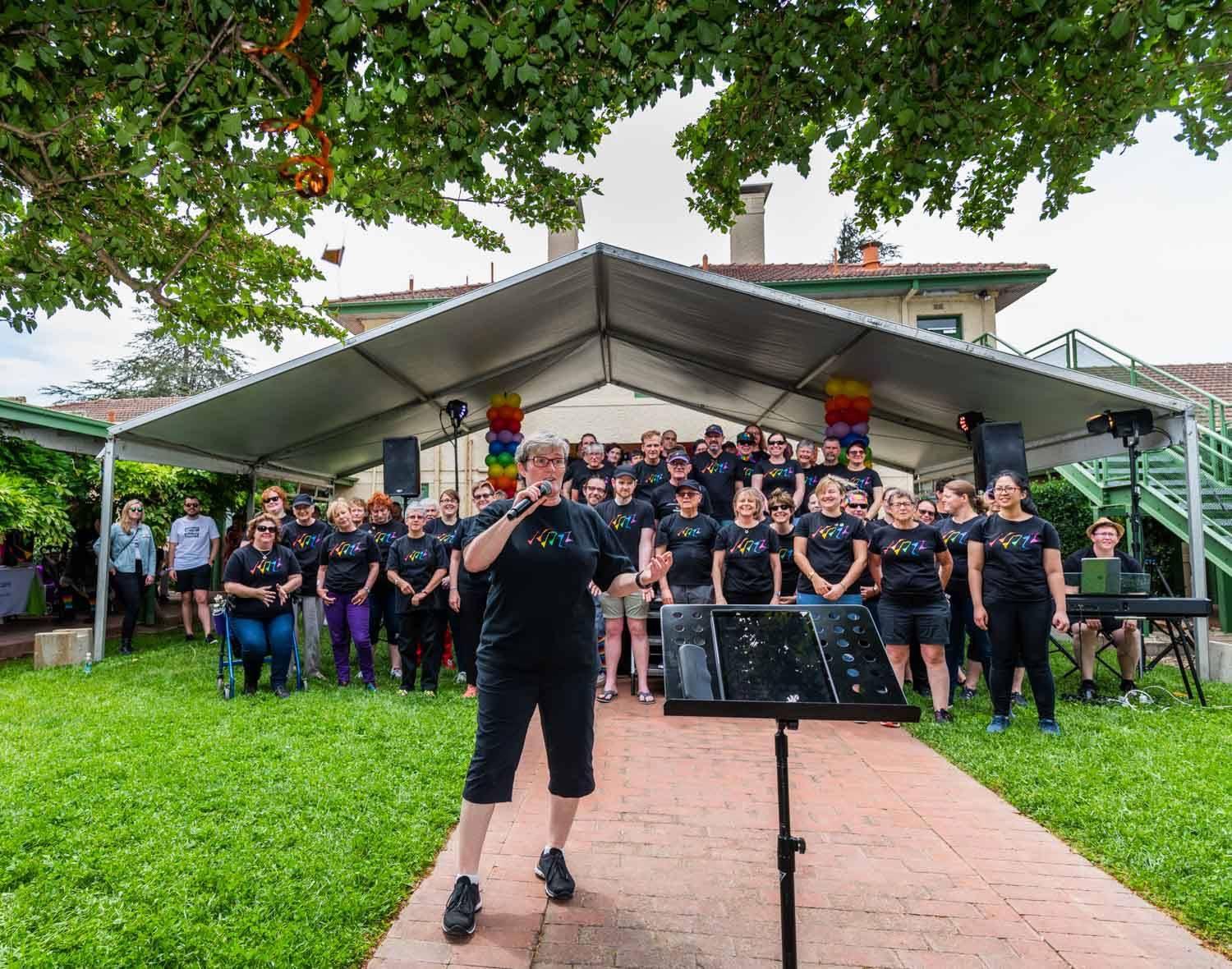 One of Canberra Qwire’s proudest achievements this year was the release of “State of Alert”, a song about the bushfires that ravaged the Australis last year. Convenor Anne-Marie Delahunt said, “We felt deeply distressed for the people and animals who lost their lives and their homes due to the fires. This song captures the grief and helplessness that so many of us felt during the devastating bushfires”.

Canberra Qwire Assistant Musical Director Jenny Sawer wrote and arranged the piece with her partner James Halligan. Jenny said that State of Alert is "a creative response to fear and grief about people, homes and livelihoods lost in the 2020 bushfires in Australia, as well as community concern about climate change. Music plays a big part in the healing process; in song, words have beauty and power”.

Qwire released State of Alert online in January this year. It is available here.

Canberra Qwire rehearsals are held 7-9pm on Thursdays. As its website notes, “Qwire welcomes members from the diversity of sexual orientations and gender identities across the LGBTIQ+ communities, as well as our allies”. If you’re keen to join, contact [email protected].

You can learn more about Canberra Qwire here or on their Facebook page.