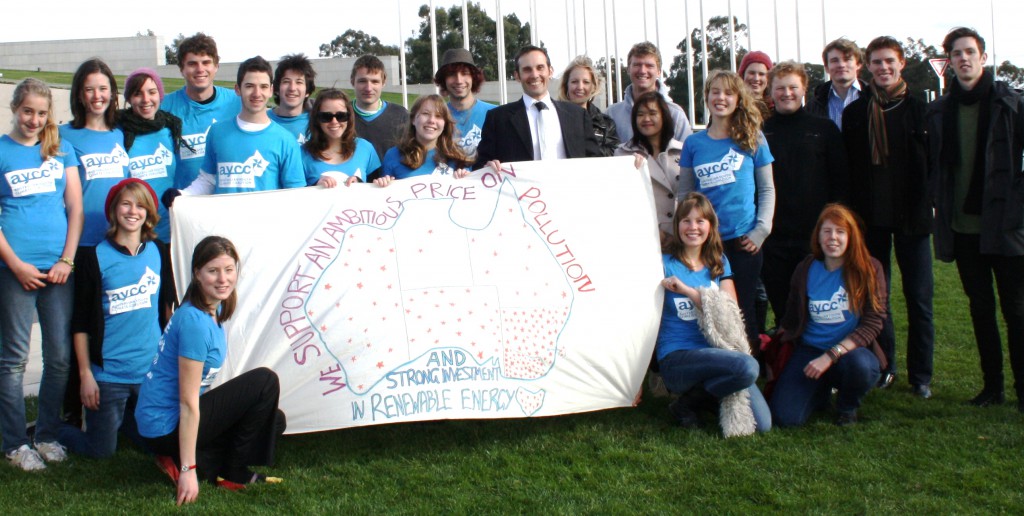 Andrew Leigh, Federal Member for Fraser, today received a petition signed by 700 Canberra students asking for a price on pollution.

The petition was presented by 23 young Canberrans as part of the Australian Youth Climate Coalition’s (AYCC) campaign encouraging young people to have their voice heard in the carbon pricing debate.

“These students are just some of the many who care deeply about acting on climate change,” said Andrew Leigh.

“They understand pricing carbon is the right thing to do both environmentally and economically.

Students from Campbell High School, University of Canberra, and the Australian National University discussed with Andrew Leigh why pricing carbon pollution was important to them and their peers.

Andrew Leigh said “Young people stand to lose the most if a price on carbon is not implemented.”

“Young people want a substantive debate on policy, not the endless negativity that we see from Liberals driven by their denial of the science.

“In contrast the Liberals want to tax householders and use this money to subsidise polluters. Their plan won’t achieve emissions reductions.

“Canberrans understand the science is settled and want to see a price on pollution.

“I’m proud to be standing with Canberrans from all walks of life for a price on carbon,” concluded Andrew Leigh.