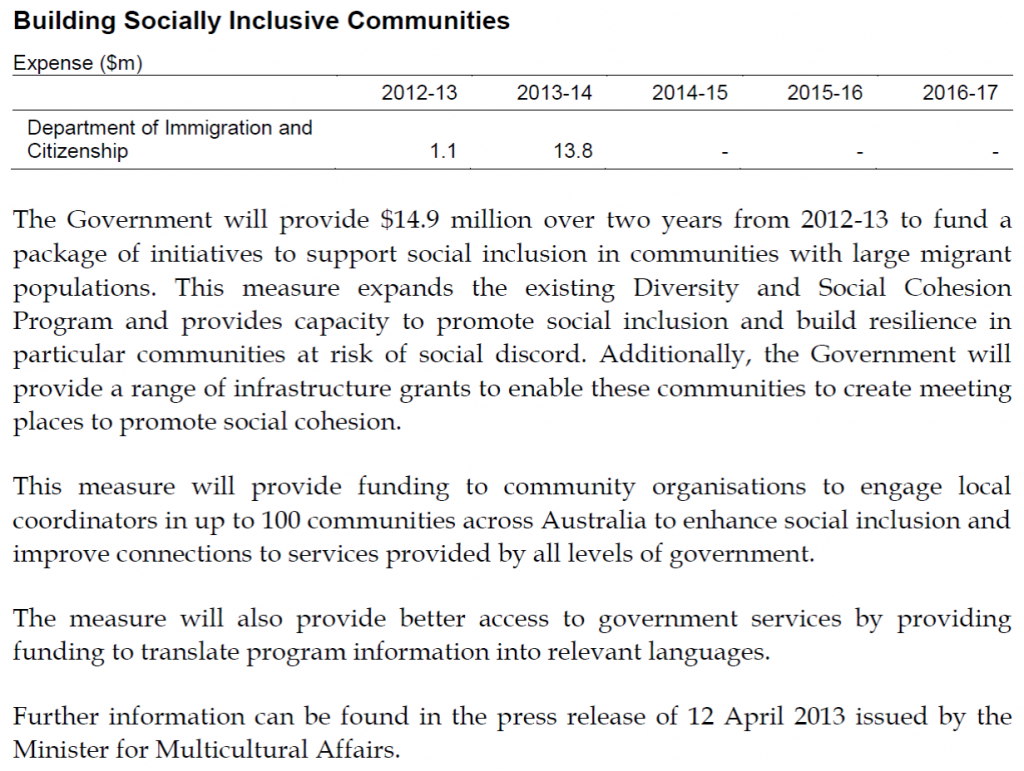 Today Michelle Rowland and I issued a joint media release urging ACT Senator Zed Selelja to come clean and acknowledge there was money allocated in the federal budget for assistance to the Gunghalin Jets and other groups awarded grants under the Building Multicultural Communities Program. The Abbott Government has abandoned organisations who were successful in applying for those grants.

SESELJA CAUGHT OUT ON FUNDING CUTS

Shadow Minister for Citizenship and Multiculturalism, Michelle Rowland, has called on ACT Senator Zed Seselja to front-up to organisations in the ACT, including the Gungahlin Jets, and explain to them why his Government has cut their funding rather than misleading his constituents.

Speaking on radio yesterday Senator Seselja falsely claimed that funding the Abbott Government ripped away from the Gungahlin Jets wasn’t budgeted for under the Building Multicultural Communities Program.

“Senator Seselja is either blatantly misleading the good people at the Gungahlin Jets or is too incompetent to read Labor’s 2013/14 Budget[i] and the MYEFO document his Government prepared[ii],” Ms Rowland said.

“If he did his research he would be aware that the program was fully budgeted for and the Abbott Government ripped $11.5 million out of the program in 2013/14 – that’s why the funding is no longer there.”

Member for Fraser, Andrew Leigh said Senator Seselja should come clean to organisations like the Gungahlin Jets about his Government’s cruel cuts.

“While other Liberal backbenchers are fighting hard for their local communities to get these grants, Senator Seselja is trying to mislead his electors.”

“Last week’s break-in at the Gungahlin Jets might have been prevented if the Abbott Government had given them their budgeted grant, which included funds for a security door and security cameras.

“The only decent thing to do is for the Abbott Government to apologise to the Jets and pay them their full grant immediately.”