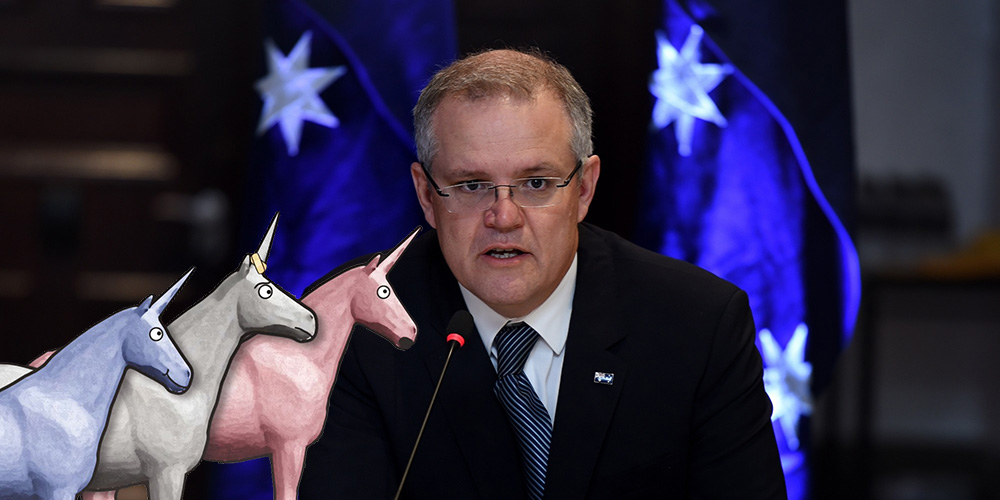 After five and half months in the job, Treasurer Scott Morrison has finally made a clear and emphatic policy commitment: there will be no sale of unicorns on his watch.

While some may find the Treasurer’s hard line on mythical creatures unusual, it is entirely consistent with this Liberal Government’s fantasy approach to budgeting.

After all, these are the people who promised they could deliver surplus budgets every year without cutting spending or raising new taxes.

Labor congratulates Scott Morrison for having developed a clear and well-formed position on unicorns.

He might now like to apply this same clarity of vision to the pressing issue of tax reform because currently his Government’s agenda has all the direction of a ‘choose your own adventure’ story.

Having taken the GST and unicorns off the table, Mr Morrison must remove the Government’s $80 billion in cuts to health and education, $100,000 university degrees and his $650 million cut to Medicare which was his particular gift in MYEFO.

At the National Press Club, the Treasurer confirmed his Government has no plans, no ideas.  Not one idea, not one policy, his performance was embarrassing.   It would be funny if it wasn’t so serious – a Treasurer without any plans to deal with the big issues facing the economy.

All the talk and clumsy salesmanship can’t hide what everyone now knows: Scott Morrison’s plan for the economy is murky, elusive and probably non-existent. You might say that it’s the Loch Ness Monster of budget strategies.