Speech to Save Our ABC Rally 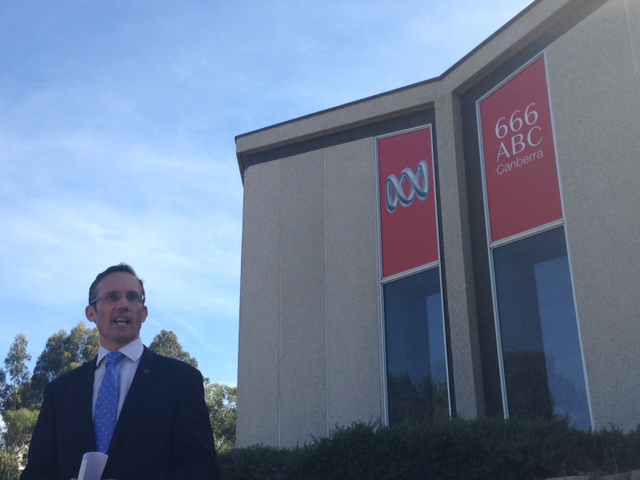 With its Insiders, Hindsight and Future Tense, our ABC is Absolutely Fabulous.

Its Sleek Geeks explore the Four Corners of the Australian Story, looking Behind the News and becoming the Catalyst for change. Thanks to its Strange Calls and Librarians, it keeps Order in the House. It is Australia’s Message Stick.

Now, the Hollowmen have begun their Media Watch. They have taken a Rake to Gardening Australia. Lateline will be Breaking Bad. 7.30 is in the Junkyard Wars. The Health Report may be soon asking ‘Doctor Who?’. They want to turn our Asia Pacific Focus into Little Britain.

It is as though the institution has been Laid in a Bed of Roses (ouch!) The Background Briefings say that we will Encounter the League of Super Evil. Mal.com says Captain Flamingo has been telling Private Lies on the Bush Telegraph. They have told porkies about Peppa Pig.

They believe the Science Show is All in the Mind. That a Counterpoint is mere Spics and Specs. That Books and Arts are only for Collectors. By Design, they want to turn the ABC into a Very Small Business. They have Shaun the Sheep.

In (m)iView, we must object. We say Life Matters. They are Off Track. Life is not just about The Bill and Inside Business. It is Poetica, At the Movies, and Big Ideas that take us Awaye! It is A Kind of Magic from Bob the Builder.

In the AM and PM, we must ask Q and get A. We will play a Good Game and keep our Compass. They will Encounter our Conversations. The Religion and Ethics Report will echo with Rage from the Angry Boys, Elders and Women of Ninja Warrior.

We will not be the Silent Witness to a display of How Not to Live Your Life from these Chop Socky Chooks, these Wannabes, these Gruffalos, these Steam Punks, these Ha Ha Haries, these Misery Guts. We will Hustle, we will be Rated A for Awesome. We will be the Unbeatable Banzuke!