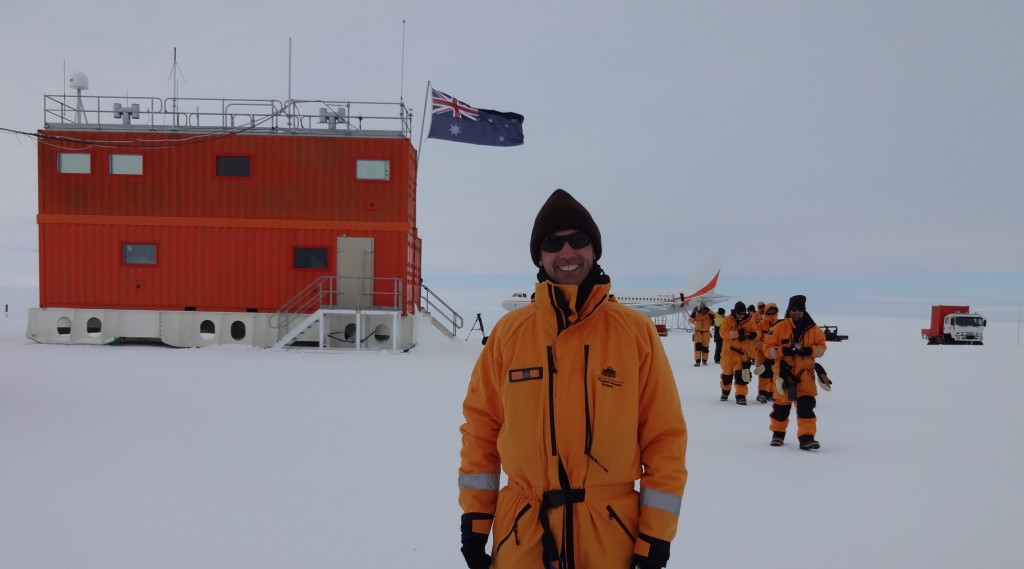 I spoke in parliament today, presenting to the House the report of the National Capital and External Territories' visit to Antarctica.

On 12 and 13 December 2012, it was my pleasure to fulfil a lifelong dream and travel to Antarctica. With me as part of the Joint Standing Committee on the National Capital and External Territories were Senators Crossin, Humphries and Parry and the member for Maranoa. We were accompanied by the environment committee and by the Minister for Sustainability, Environment, Water, Population and Communities, Tony Burke. We were also accompanied by a range of expert scientists from the Australian Antarctic Division including Tony Fleming, Nick Gales, Rob Wooding and Tas van Ommen.

The visit consisted of a kit-out and a tour of inspection and briefing at the AAD headquarters in Kingston in Tasmania on 12 December and a return flight to Wilkins on 13 December. During the briefing, we were shown the AAD's ice-coring equipment, through which, by digging a 400-metre ice core, they can observe 4,000 years of temperature data. Seeing such high-quality research being conducted and the hockey-stick graph shown in the AAD could leave no-one in any doubt that climate change is occurring and rapidly.

The Australian Antarctic Division, established in 1948, has around 300 staff in Tasmania and between 70 and 200 staff in Antarctic stations. The four permanent stations are at Macquarie Island, Mawson, Davis and Casey. The air link is via the Wilkins runway, which became operational in January 2008, where an Airbus A319 can land. The pilots said on our return to Hobart, 'We know you have no choice in air travel, but thank you for flying with us all the same.'

The ice-coring science is just one part of the research being done in Antarctica. There is research on the development of contaminant metal removal systems, remediation of petroleum contaminants and on benchmarking ice-coring records against climate records so we can do a better job of understanding climate change.

One of the early explorers to Antarctica, Louis Bernacchi, said: 'Life in the Antarctic is one of hardship, privation, monotony and isolation, but it has a subtle charm which is indefinable, and you look back with a vivid and lingering recollection to those days spent in geographical and scientific research near the South Pole.'

The committee, on our visit, got firsthand experience of the sheer logistical effort required to do anything in Antarctica. Our report notes the importance of maintaining high-quality transport options. I am pleased to report to the House that, on 9 January, the environment minister announced that the government is taking initial steps to a new Antarctic icebreaker to replace Aurora Australis, which is an ageing vessel.

We are also concerned about Australia's need to maintain our Antarctic and Southern Ocean research effort. The report urges the government and the opposition to maintain funding in real terms, if not increase it. I was pleased, in this vein, to note the environment minister's announcement on 15 December of a new Antarctic ice core project, which through our research in the Antarctic will help us understand more what is happening with dangerous climate change.

I commend the report to the House and in doing so acknowledge Thomas Baker, an intern in my office, for his assistance in preparing these remarks.