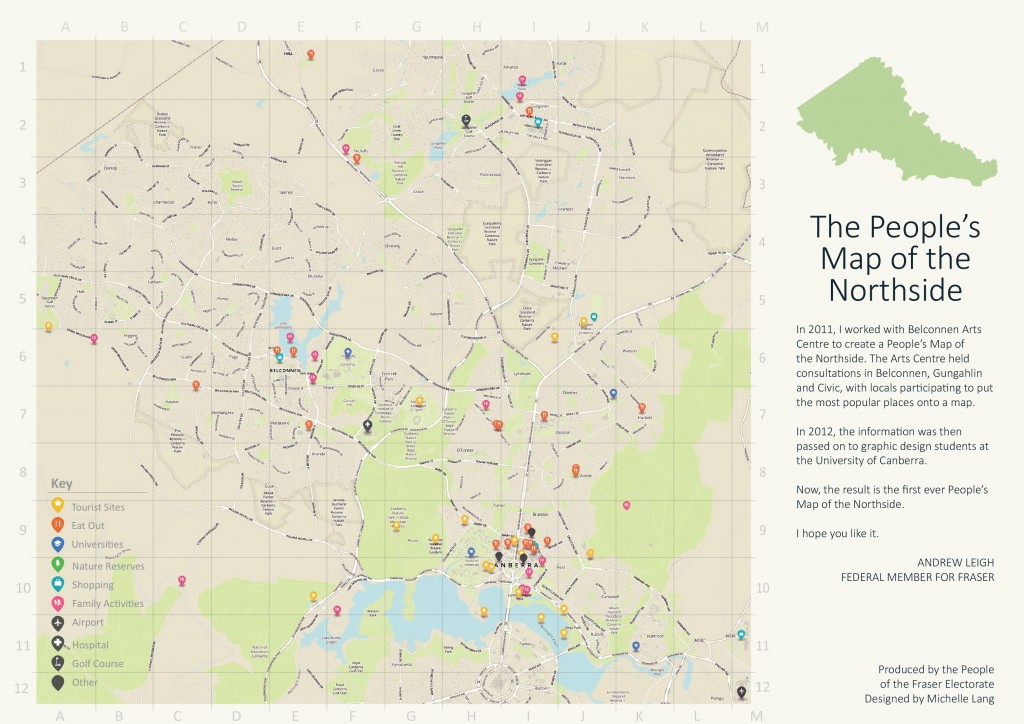 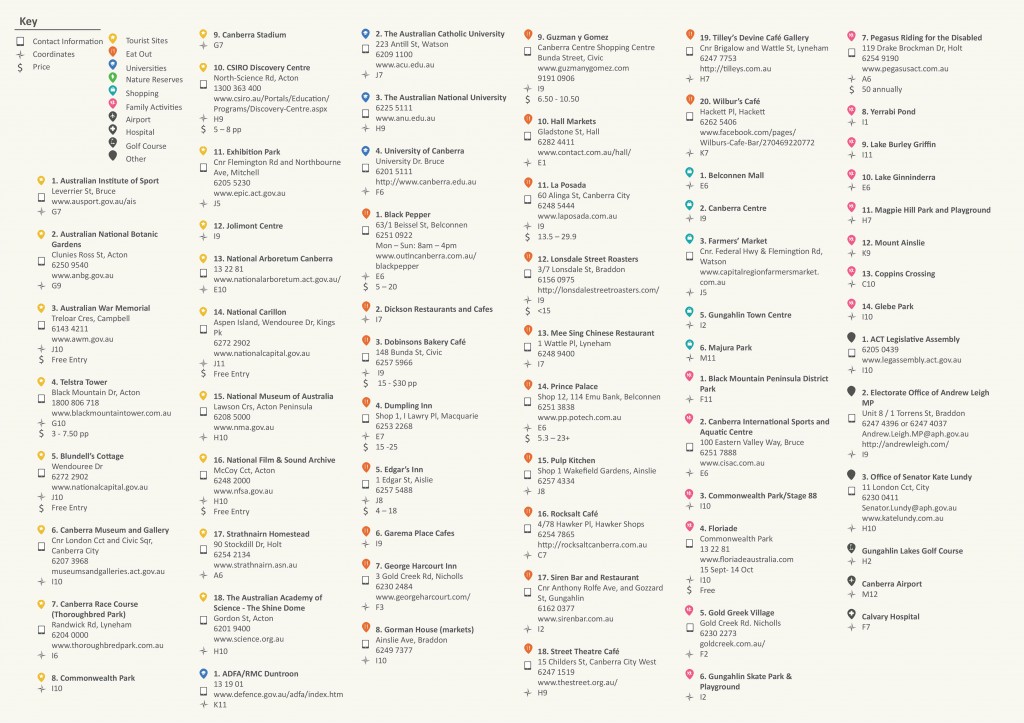 Today I released the first ever 'people's map' of the Fraser electorate. The map is the result of an extensive exercise in community engagement, and was designed by a local design student.

To find out northsiders’ favourite spots, I collaborated with the Belconnen Arts Centre, which held public consultations in Belconnen, Gungahlin and Civic. This exercise produced hundreds of favourite Canberra places, which were then winnowed down to a smaller number that would fit on a map. In addition to favoured haunts, the map also covers northern Canberra’s landmarks such as the University of Canberra, the War Memorial and the Telstra Tower, making the map a reflection of where northsiders work, live and play.

Students at the University of Canberra then used their graphic design skills to design an easy to read version of the map. The winning entry was by UC student Michelle Lang which you can view here: