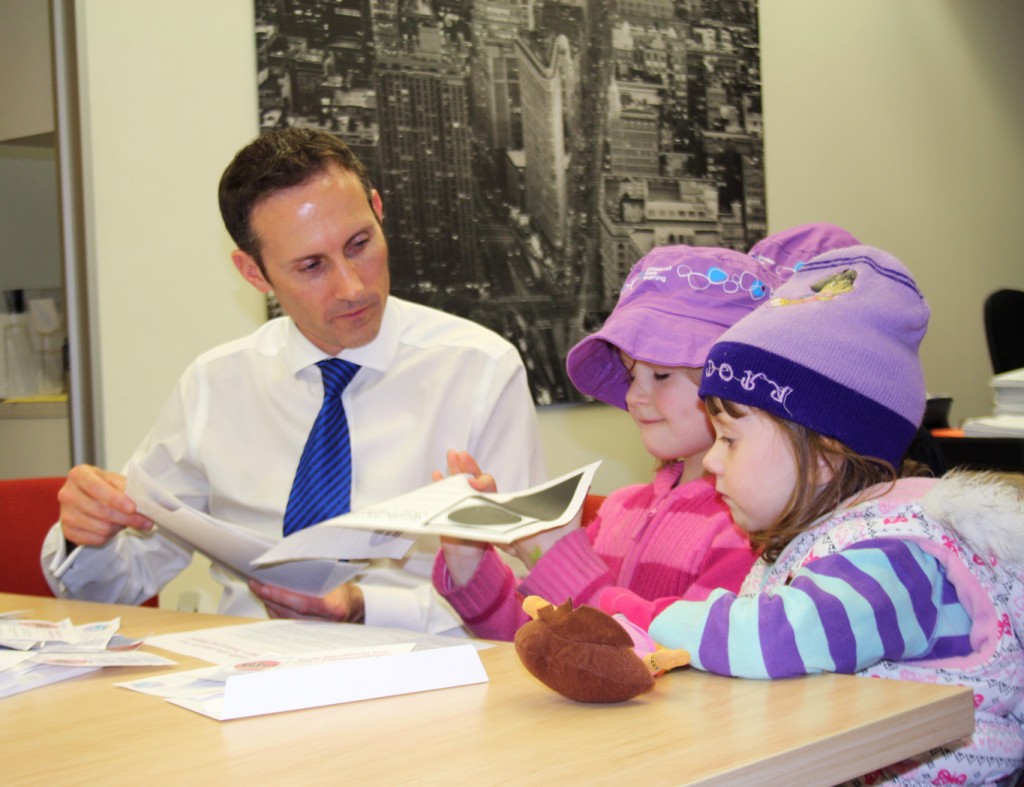 I spoke in parliament today about the importance of early childhood education and the United Voice Big Steps campaign.

As a parent of two young boys, I am a heavy user of early childhood centres. I remember with great fondness taking my then one-year-old to daycare on the back of a bike. These days I tend to drop them off in the car but it is always a pleasure to see their great enthusiasm when arriving at the Acton Early Childhood Centre. It is a place where they not only have friends but are also learning. One of the great changes over the last couple of decades has been the broad recognition that early childhood is not babysitting; it is education. And high-quality childhood education is fundamental to the future of those individual children and collectively to the productivity and the social wellbeing of our society. I pay tribute to the hard working staff at the Acton Early Childhood Centre.

The fact is that Labor has put record investment into early childhood. We are investing $22 billion dollars over the next four years—more than triple that of the former Liberal-National government. We have raised the childcare rebate to from 30 per cent to 50 per cent of parents' out-of-pocket costs and increased the cap from $4,354 per child per year under the coalition to $7,500 now. Despite this, the United Voice Big Steps campaign has pointed out, there are challenges with the low wages currently paid to workers in the early childhood sector. The Big Steps campaign estimates that 180 educators leave the sector every week due to low wages and conditions.

I have been grateful for the passionate advocacy from United Voice workers Yvette Berry, Rebecca Garden and Verity Mays as well as centre directors, Catherine Konkoly and Timothy Toogood among them, who came to see me to speak about the importance of raising wages and qualifications. The two big challenges for the government in the early childhood space are to improve affordability and access; as well as increase quality. The number of Australian children in childcare last financial year reached 1.3 million, an increase of 20 per cent over five years.

As I have noted, the government has increased the share of the out-of-pocket costs borne by the federal taxpayer, but at the same time it is vital that we improve the wages and conditions in the sector. The Big Steps campaign calls on the federal government to improve funding for the early childhood sector so that the turnover decreases and we are able to ensure that the sector continues to attract and retain the very best educators. In a recent survey I did of childcare issues in my electorate of Fraser, I asked parents how happy they were with their child's care. Forty per cent said they were very happy and another 39 per cent said they were happy. Only 10 per cent were rather unhappy or very unhappy. That is a big tick across the Fraser electorate for the great work being done by early childcare educators. I also asked parents how they received the childcare rebate and discovered that 11 per cent received it annually and 35 per cent received it quarterly. That means that only around half of all parents are receiving the childcare rebate in the two new ways that federal Labor has enabled them to receive it—paid either fortnightly or directly to the centre, perhaps the most convenient way of receiving the childcare rebate.

Even more concerning are figures from Kate Ellis, the Minister for Early Childhood and Child Care, that 100,000 families across Australia and 1,400 families in the ACT are eligible for the childcare rebate but are not receiving it. I encourage all families to check whether they are eligible for the support and to consider whether they are receiving the childcare rebate in the way that best meets their needs. I also asked parents whether, if they used formal care, they would be willing to pay higher fees in order to increase the salaries of staff and reduce staff turnover. The question was evenly split: 55 per cent in favour, 45 per cent against. The work of early childhood educators is vital to Australia's future and I commend them for it.