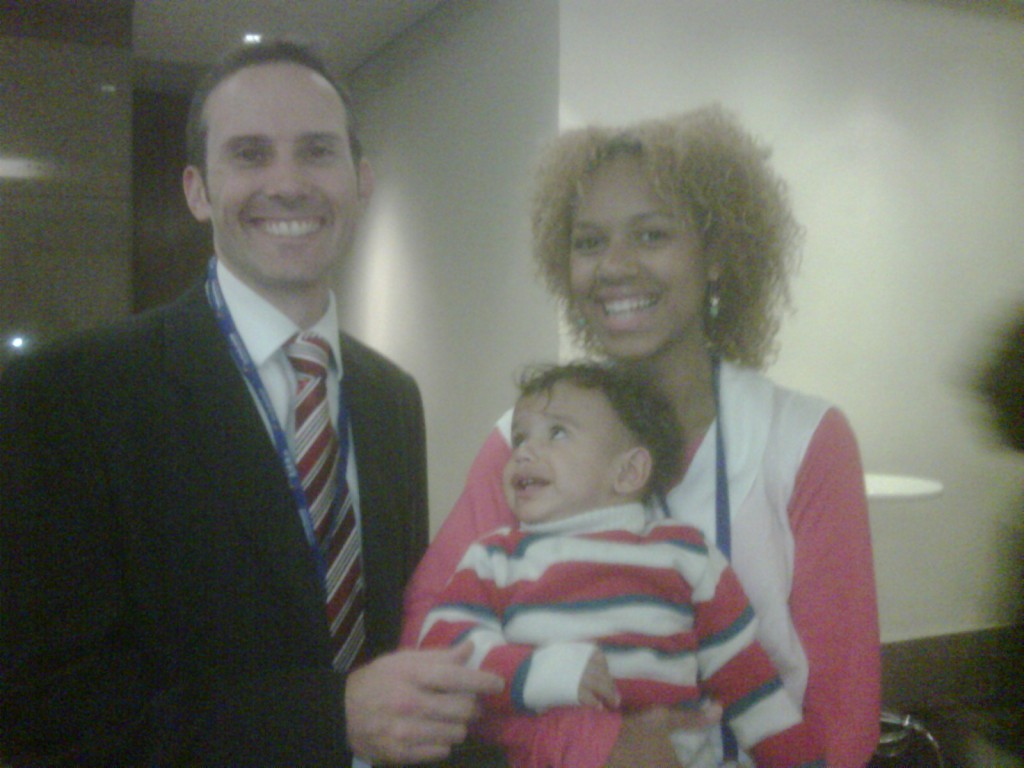 I spoke in parliament last night about the Global Fund to Fight AIDS, Tuberculosis and Malaria.

Last week I represented Australia at the 2011 Partnership Forum for the Global Fund to Fight AIDS, Tuberculosis and Malaria. This is a conference that takes place every two to three years and helps set the strategic direction of the Global Fund. The conference was held in Sao Paulo, Brazil, and included a group of around 25 parliamentarians. Established a decade ago, the Global Fund has spent US$22 billion and saved six million lives. In other words, for every $4,000 it spends, the Global Fund saves a life. Internationally, it accounts for two-thirds of spending on tuberculosis and malaria and a fifth of public spending on HIV. The Global Fund also works hard to bring down the price of drugs, with the prices of first-line antiretrovirals and malaria treatments for children falling by at least 50 percent over the past three years.

These achievements would have been unthinkable a decade ago, when the main malaria treatment was chloroquine, when bed nets were rare and when hardly anyone in developing countries received antiretrovirals. Indeed, since 2007 the number of AIDS deaths worldwide has been falling, prompting The Economist magazine to run a cover story last month titled 'The end of AIDS?'

In an opening session to the conference, a young South American woman, Jacqueline Lima, told us her story. Jacqueline's father left when she was very young, and her mother was unable to take care of her, so she found herself living on the streets from the age of seven. At the age of nine she fell ill and found out that she had HIV, contracted from her mother when she was born. Jacqueline has been on antiretroviral drugs ever since. A few years ago she fell in love with a man who was willing to accept her as an HIV-positive woman. She has since given birth to a baby boy, Hector. Because Jacqueline was on the right drugs, the virus did not pass across to Hector; her son is HIV free. Jacqueline broke down in tears as she told the conference that Hector finally made it all worthwhile.

Australia can be proud of the part we have played in the success of the Global Fund. Since its inception, we have given $182 million to the fund and pledged another $238 million. The fund's focus on results ensures that the Australian taxpayer gets good value for money. In its recent multilateral aid review, the UK Department for International Development rated the Global Fund as making a 'strong' contribution to that country's development objectives. With the fund's independent Office of the Inspector General, no international development agency in the world is more vigilant about corruption than the Global Fund. Rigorous fraud investigations, such as the one the Global Fund is presently undertaking in Papua New Guinea, reflect its high standards in ensuring money is well spent. We should root out corruption wherever we find it, but we also need to recognise that the countries with the worst disease burdens also tend to have the most problems with corruption.

Australia has played a leading role in the fight against AIDS. In New York last month Australia co-chaired the UN panel that produced a new political declaration on HIV, with specific references to at-risk groups. I acknowledge the important work done by the Minister for Foreign Affairs, Kevin Rudd; Senator Louise Pratt; Bill Whittaker; Andrew Cumpston; Murray Proctor and other officials.

I thank Bill Bowtell, Svend Robinson, Karmen Bennett, the rest of the Global Fund organisational team and the many participants I engaged with for providing me with fresh insights into the work of the fund. It was a particular source of pride for me to see so many Australians at the meeting, working in international agencies, in non-government bodies and with the Global Fund itself. Our nation has a great tradition of altruistic engagement with the world, and I pay tribute to those Australians working overseas who continue that today.

To them I say, on behalf of people like Jacqueline: you are making our world a better place for people endangered by AIDS, tuberculosis and malaria.

Incidentally, Australia's independent aid effectiveness review and the government's response were released this morning, and are available here. The #1 objective of our aid program is now officially to alleviate poverty (with national security and trade being spin-offs, but not goals).
Do you like this post?
Tweet